This is Not a Hula Hoop: Practicing Self-Leadership to Live your Values 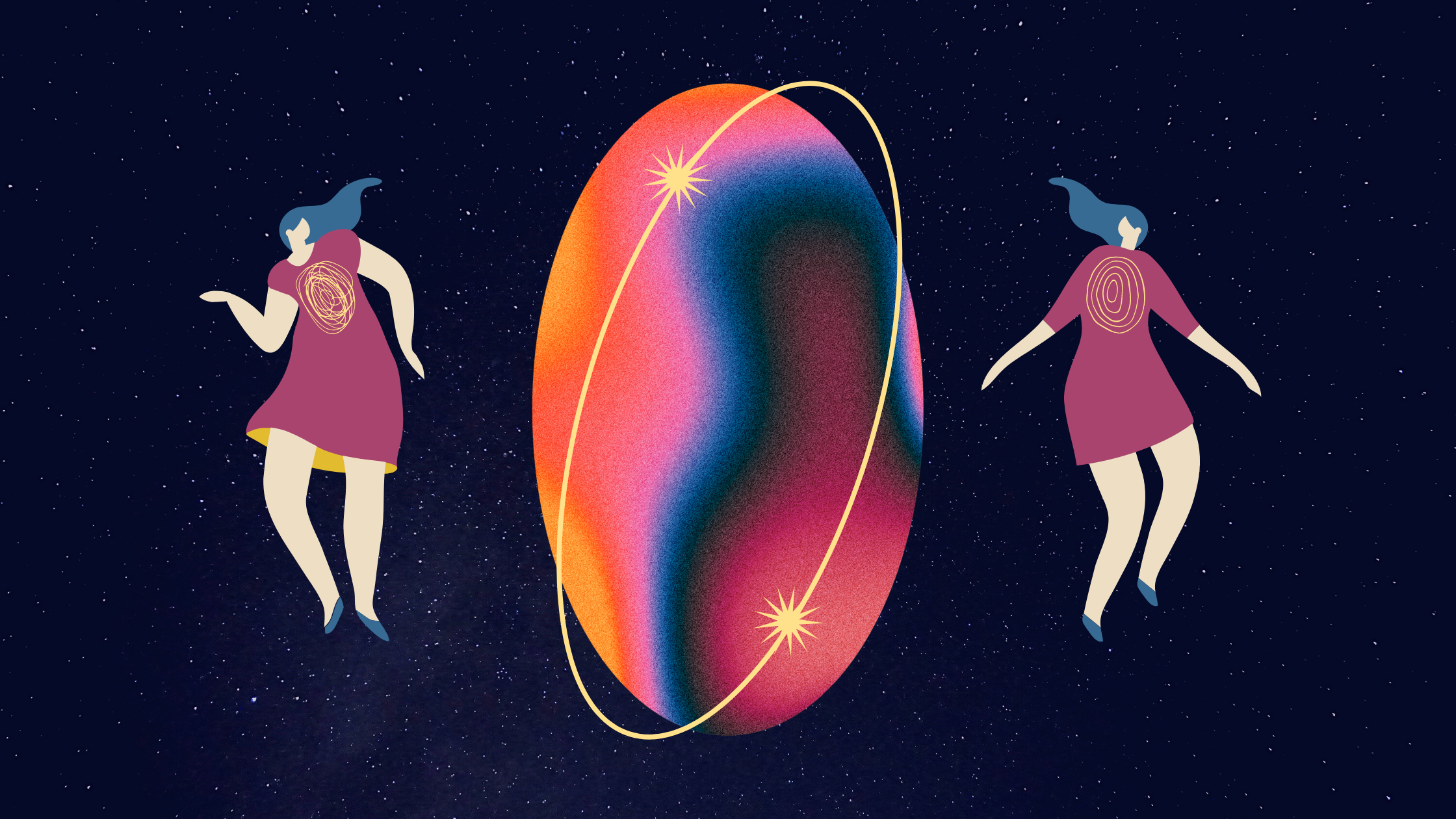 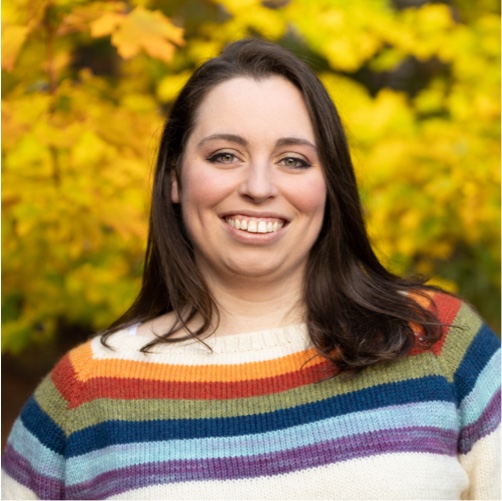 Last month during our Fall Board and Staff retreat, the staff team were lead through a simple activity with a hula hoop. The goal was to get the hula hoop from one place on the ground to another about a meter away. The rules were simple: 1) We could only use our pointer fingers and 2) everyone had to be touching the hula hoop with both fingers at all times – if someone stopped touching the hula hoop, we had to start over. Sounds easy, right?

Initially, we were all laughing at how quickly we made mistakes, asking questions like “Is the hula hoop floating?!” and “How is it so light!?” But after about 10 minutes of struggling and repeating the same mistakes, the task started to feel less light and fun. We started blaming and pointing fingers (pardon the pun) at each other when we messed up, the questions were less, “How is this so hard?” and more “Are we done yet?” We tried to bargain with the facilitator, trying to find the loopholes or the “hack” that would make this seemingly simple task as easy as it must be.

At one point, we had decided to have one person provide direction, which ended up being me since I was naturally doing it at times. Before trying that tactic, one of my colleagues commented that they were happy to receive direction from one person, but “Just don’t yell at us.” I remember feeling a wave of shame and discomfort roll through me at the realization of how I was showing up in this silly exercise. I was behaving in a way, that if I was on the receiving end of, I wouldn’t appreciate.

Most of that following evening, I kept thinking, “That’s not the kind of person I want to be.” And I struggled with feeling lost and upset about how to change that given that I was unaware of the behaviour until it was pointed out to me.

How can I change behaviour if I’m not aware of it happening? How can I stop showing up in a particular way when I’m not aware of the cause or triggers that lead to those actions? How can I be more intentional about moving through life in ways that match my values, goals, and beliefs about the person I want to be?

Self-Leadership is a fairly new concept to me, and I admittedly still have a lot to learn. My colleague, Jody Nelson, introduced the concept to me during one of our organizational culture meetings when sharing new ways of working together as a team. When I read the content Jody had included about Self-Leadership, I felt like a lightbulb had gone off in my head.

The concept of Self-Leadership was introduced in 1983 by Charles C. Manz and encompasses your individual and intentional development of self. In their book, Self Leadership, 2012, Andrew Bryant and Ana Kazan, Ph.D defined it as “The practice of intentionally influencing your thinking, feeling, and actions towards your objective(s).” Defining who you want to be, what’s important to you, and how you want to show up in the world in relation to those things.

When self-leadership isn’t in practice

We’ve all encountered exhausting situations where it’s easy to think, “I wish this person would just get out of their own way” – especially when you are actively trying to remedy a situation but you’re hitting a wall when they can’t seem to agree with any solution. A lack of self-leadership can often show up like:

In the months leading up to my lightbulb moment in the meeting, I had been struggling with feeling like I was being left behind in a lot of our organizational direction and like I had no power or agency in my own career. Reading about Self-Leadership pushed me to take a hard look at the way I was feeling at work and compare that to what I know of myself, my values, and the kind of person I want to be. I ended up asking myself where the feelings of powerlessness were coming from; whether I truly had no power or if I was just avoiding doing or saying things because they would be difficult. What could I do – both for myself and with my peers – to change those feelings and behaviours to feel like I had autonomy again?

How to Build Self-Leadership Practices

Self-Leadership combines Self-Awareness, Self-Regulation, Self-Compassion, and Self-Education into an intentional practice of challenging behaviour, reframing emotions, questioning triggers, being kind to yourself, challenging your inner critic, unlearning biases, and learning new ways of being.

I have always prided myself on being “Self-Aware” – to the degree that I am often hyper-critical of myself (see the above hula hoop example!). But being aware of yourself, your feelings, your actions, your biases, and your impact can only get you so far. It’s not enough to be aware if you don’t challenge that bias and your behaviour. Awareness is only the first step toward change.

So, let’s look back on the Hula Hoop game. What would Self Leadership have looked like in this scenario and how would it have helped me handle it differently?

Self-Awareness: The ability to see yourself clearly and objectively through reflection and introspection.
That evening, I took time to journal about the activity and what my colleague shared with me, how it made me feel, and why I didn’t want to repeat the experience. That reflection helped me recognize that I was going into the game feeling confident that we would be able to solve the puzzle quickly and easily. I liked the responsibility and control that providing direction to the team gave me, and it made me more invested in success. But the longer we weren’t successful, the more pressure I was putting on myself to be the problem-solver, which stopped me from having fun. Instead of being curious about new approaches, I was focusing all my energy on winning.

Self-Regulation: Regulating yourself without intervention from external factors.
During the game, had I been aware of this internalized pressure, I could have asked for a pause to shake off some of the emotions and energy. I could have asked my colleagues for support. This could have resulted in a common understanding that we were all feeling pressure and a collective pause, or the reassurance that it was just a fun activity and the pressure was unnecessary.

Self-Compassion: Responding in the same supportive and understanding way that you would with a good friend when you face a difficult time, fail, or notice something you don’t like about yourself.
Because I was unable to regulate during the game, I was left feeling shame, embarrassment, and anxiety about my behaviour – as well as disappointment that we were unable to “win” (I’m a very competitive person!). These feelings lingered despite my colleagues accepting my apologies and expressing that it wasn’t ‘a big deal.’ This forced me to reckon with my inner critic and give myself permission to sit with my feelings, but ultimately to forgive myself.

Self-Education: The act or process of learning through your own efforts especially through reading and informal study.
This is what I’ve been doing since the exercise. This step is a lot like self-reflection and awareness, but it takes that knowledge a step further and pushed me to ask myself, “What are some ways that I can work toward employing the above steps to interrupt the unwanted behaviour when I’m experiencing similar pressure or situations again?”

A lot of learning happens after the fact and often occurs in retrospect which strengthens future self-awareness and self-regulation. Since reflecting and showing myself compassion, I am feeling hopeful moving forward – which in practice has looked like: Asking for support from the team in the form of advice, resources, and reminders; practicing mindful meditation to get better at recognizing how emotions show up in my body; and reading new books on self-leadership practices – one, which is listed below and will be featured in an IONS “Community Book Club” pilot in the new year – stay tuned!

Hey Alexandra, sounds like a lot of work for a silly game…
Fair enough! In this scenario, self-leadership may seem a bit out of proportion, but these steps are meant to be cyclical. What it really boils down to is how we act and follow-up in the moments where we expect our behaviour to align with our values, beliefs, goals, and who we want to be. This game was not the only time that this has been tested for me, nor will it be the last. So how can we consistently employ self-leadership practices to live into our values?

This is not a hula hoop.

In the same retreat, we played another hula hoop game called “This is not a hula hoop.” We formed a circle and the first person who started held the hula hoop and said, “This is not a hula hoop, it’s a –” and would reimagine a new purpose, story, object, or idea before passing it along to the person beside them. The amount of creativity and beauty that came from that activity was heartwarming. Though the group didn’t know each other very well, everyone collectively leaned into the joy, and by the end we were all laughing together so much that we wanted to do second round!

In my mind, I’m holding that hula hoop and saying, “This is not a hula hoop, it’s a learning opportunity.” I am excited to see what I will do with it.

Are you interested in exploring self-leadership or looking for opportunities to do some self-reflection before the new year? Check out these resources and stay tuned for our upcoming Community Book Club read in the new year! 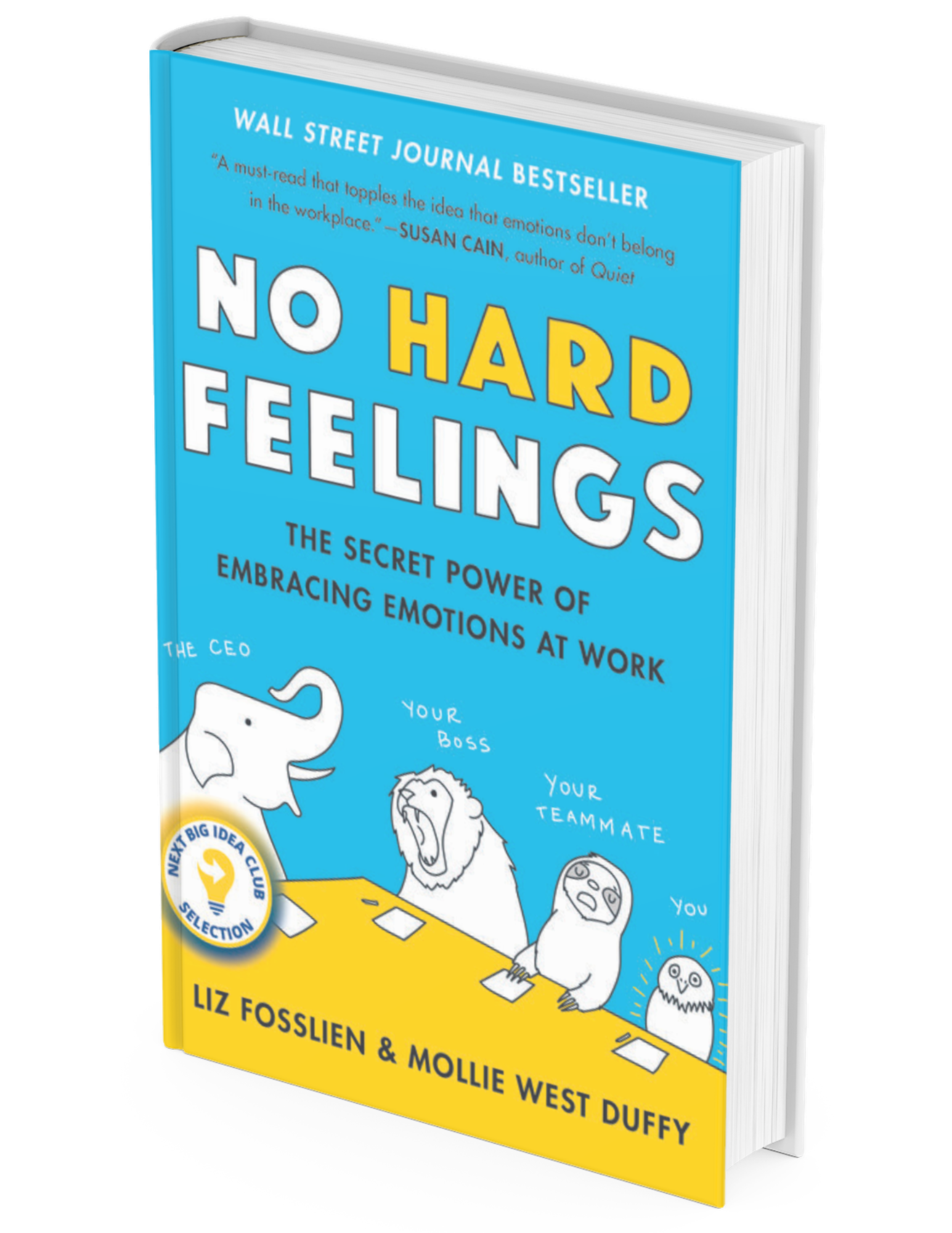 No Hard Feelings: The Secret Power of Unlocking Emotions at Work 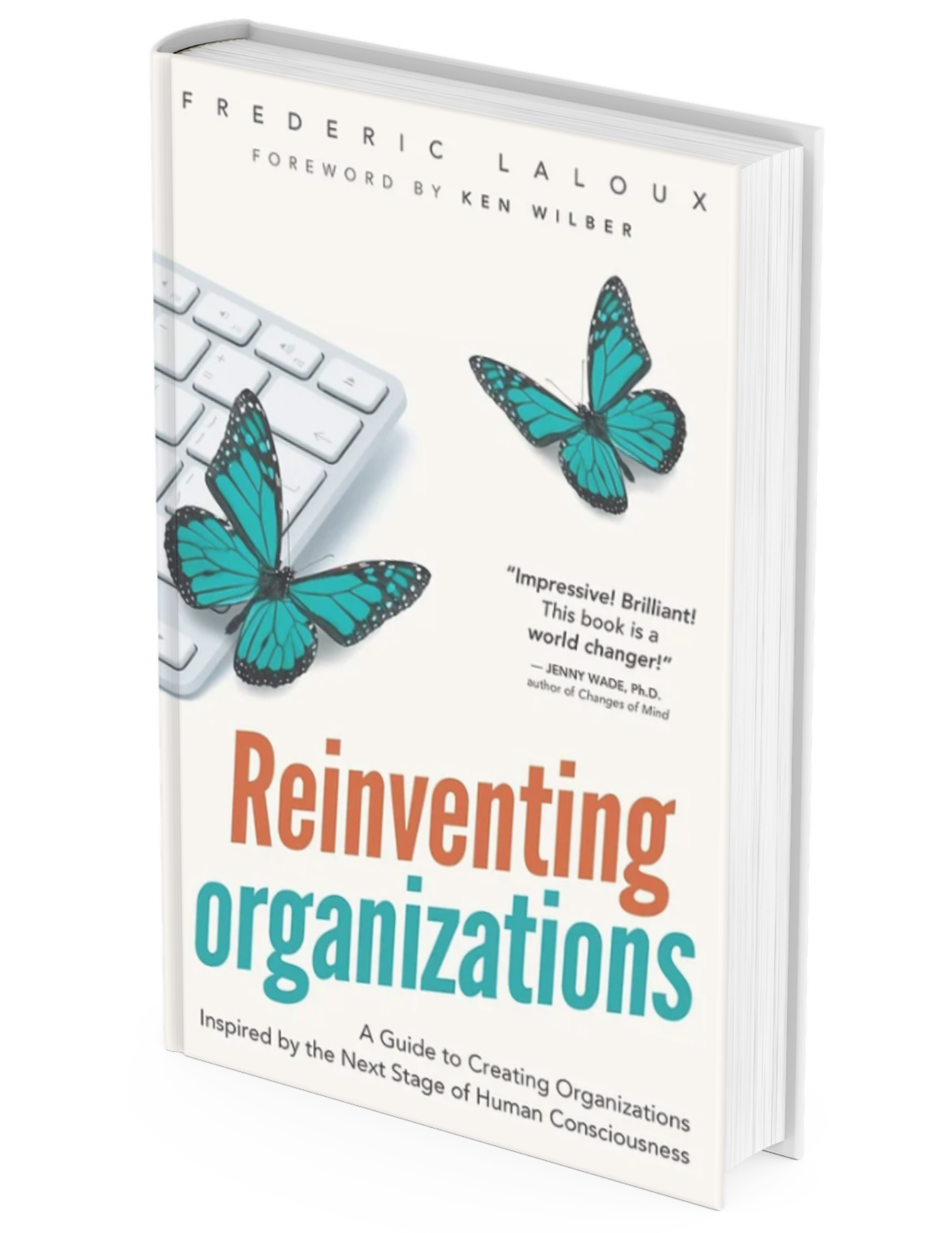 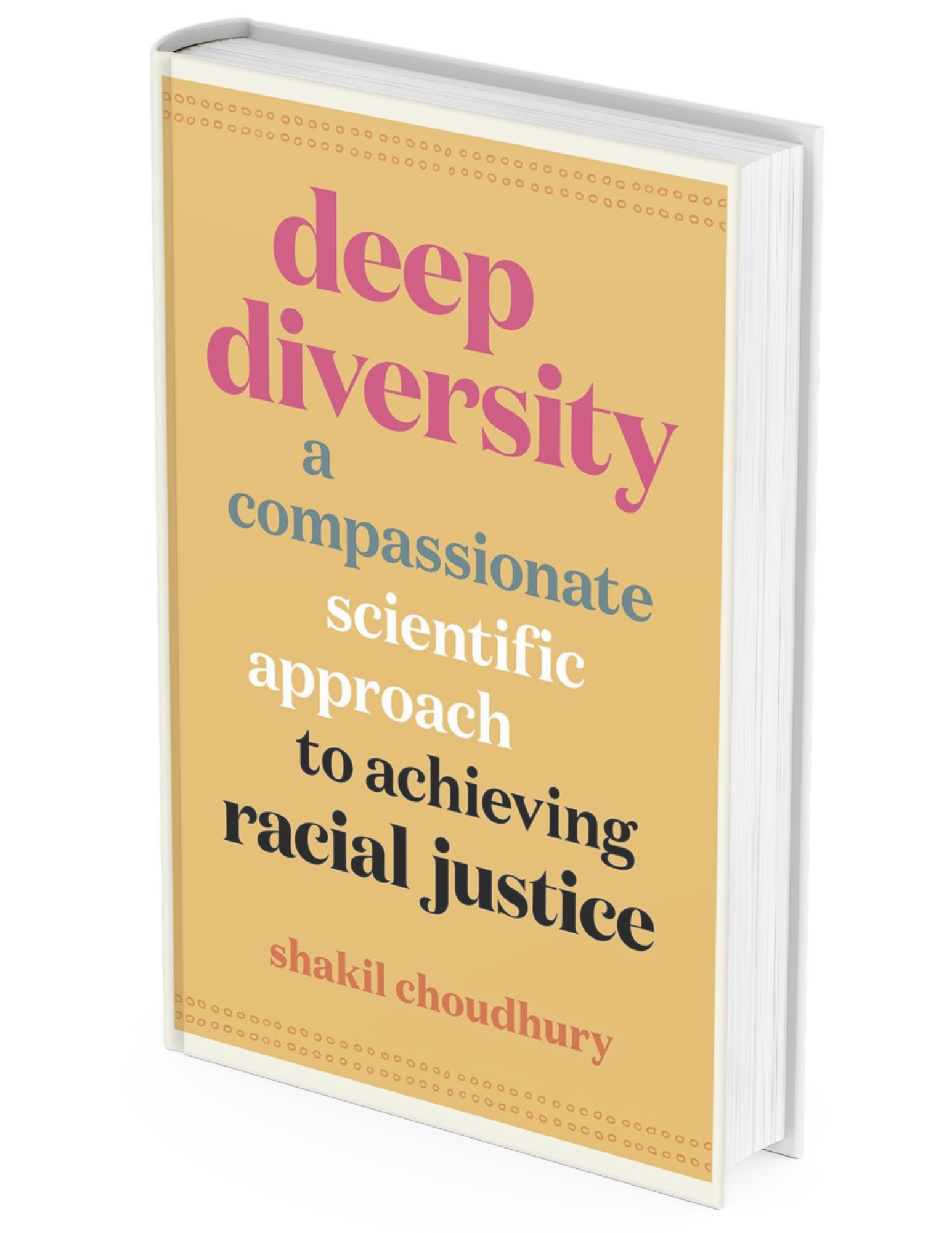 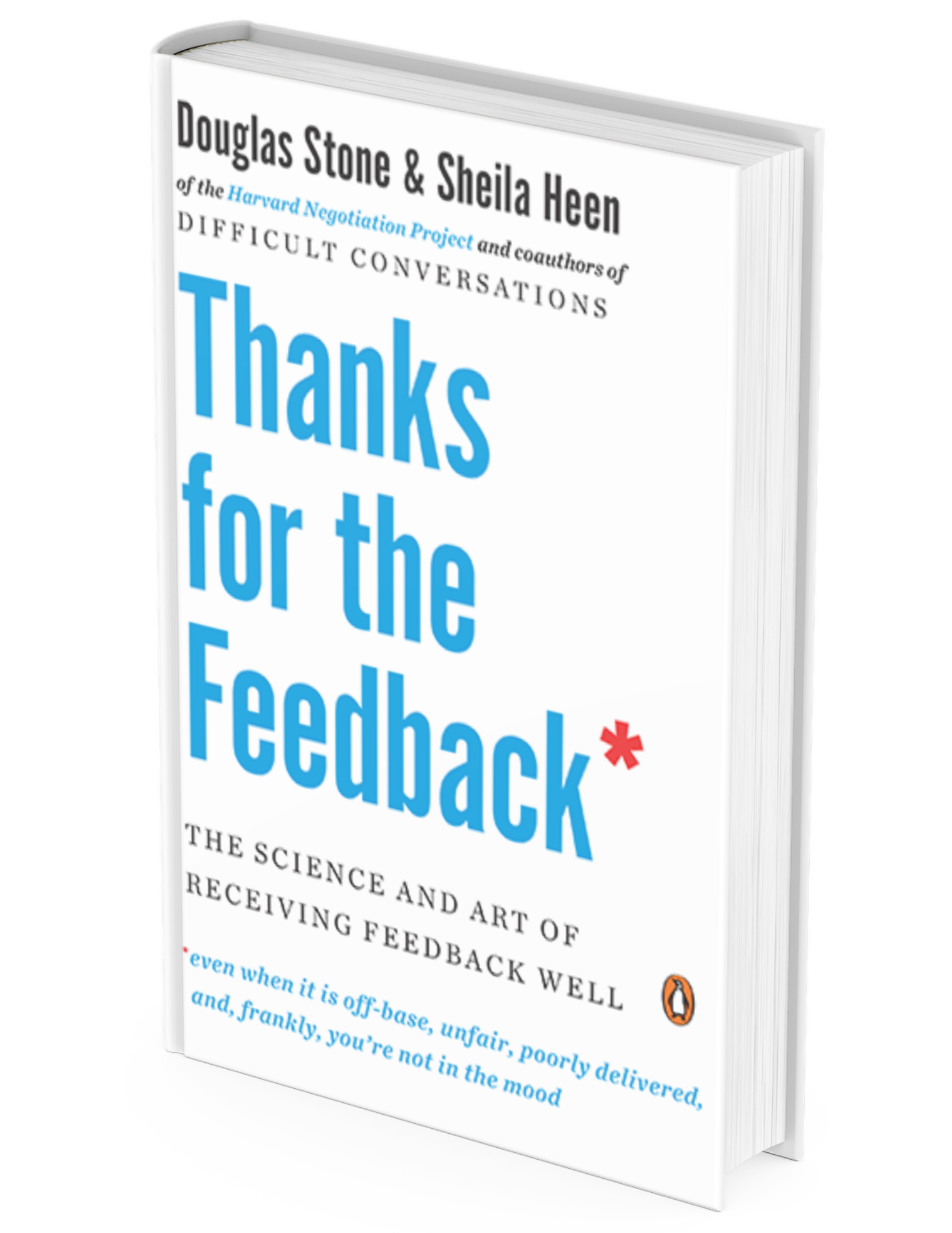 Thanks for the Feedback: The Science and Art of Receiving Feedback Well

Alexandra supports the internal operations of IONS including financial management, systems management, and development and implementation of policies and procedures. She also applies her artistic talent to elevate our communications.