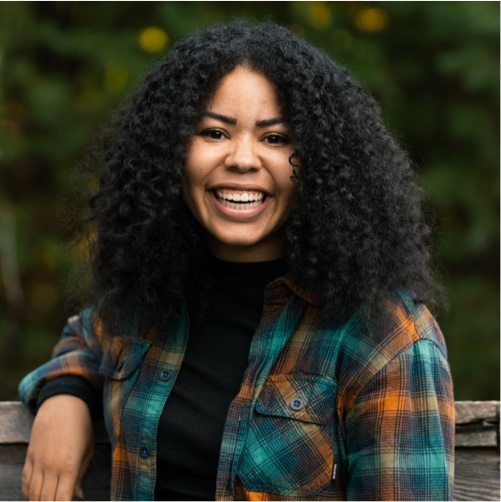 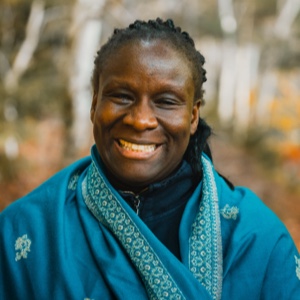 Remember when, with skinned knees, we were encouraged to get back on our bicycles? The expectation wasn’t perfection when we first peddled, wobbly on two tires. We knew we were bound to fall. But each time we hit a curb, unsteadily ventured further, or earned a new bruise – we learned and had something different to try next time.

For a sector that is in care of and serves a diverse range of communities and causes, a “one-size-fits-all” approach doesn’t lend well to intended impact. Of all sectors and industries, the community impact sector has a need for experimentation and iteration when addressing social, environmental, and economic issues. However, compared to businesses and other industries, the sector has far less room to innovate due to imposed systems and structures. Community impact organizations work within complex systems often with stringent requirements around funding, resource allocation, staffing, operations, governance, and reporting.

Trial and error and iterative processes are often pathways to success. It would take an incredible amount of luck to succeed without failing at least once in the journey. So, if failure is a common part of our undertakings, it’s easy to talk about, right?

There is a fair amount to unpack with the notion and consequences of “failure” and its white supremacist roots. In a capitalist society that promotes individualistic ideals, the expectation is placed on the individual to fend for themselves. Capitalism places emphasis on “productivity”, with any hurdle in delivering output seen as the individual’s fault leading to competition and hoarding of resources. Despite systemic barriers, blame is laden with those viewed as “unproductive.” When our value and worth is wrapped up in our work ethic and how much we can produce, there is great aversion to failure at a personal and organizational level.

But what even is failure? Like any social construct, we must ask ourselves who is benefitting from the fear and guilt of failure? Who is allowed to fail with impunity? Who does this not serve? Our society has created a dichotomy between ‘failure’ and ‘success’ when they’re not opposing ends of a spectrum, but a non-linear, interwoven process. We need to decolonize the notion of failure, the consequences, and the resulting harm it perpetuates.

The sector is conditioned to be risk averse due to the nature of how revenue is generated. Organizations must find the funds to provide their programming. This funding is often unsustainable and precarious, on top of being onerous to apply for. In the 2020 State of the Sector Report, and consistent with our latest research, obtaining funding was found to be the greatest challenge for organizations. Nearly two-thirds of organizations cited that access to funding was a major barrier to growth.

With a responsibility to taxpayers’ monies, time consuming applications, and stringent reporting requirements imposed by funders and stakeholders – perfection and productivity are essential. Due to the funding models and the uncertainty of the next cycle’s funding, the internalized pressure to produce creates a fear of failure. Perfection becomes an enemy of progress, and innovation and long-term impact suffers as a result.

During the pandemic, we saw the sector innovate to provide timely solutions to food insecurity, mental health, housing, etc. This was partly because funders provided flexibility in how the funding was was used, but also because the sector proved its capacity to innovate. What if funders continued to offer flexible funding so we could experiment with solutions for the complex issues that we are trying to solve?

The Hyper-Scrutiny of Black-led and Indigenous-led Organizations

The financial consequences and effects of failure are compounded for racialized individuals and organizations. Currently space for failure is only afforded to some organizations within the sector. The hyper-scrutiny of equity-deserving groups and Black-led and Indigenous-led organizations increases social and financial pressures of failure.

We know that these organizations are chronically under-funded and significantly lack the financial attention that other organizations receive from donors. The Unfunded Report showed that Black-serving and Black-led organizations accounted for a mere 0.07% of all grant funding, and 63% of organizations in the study said that they would run out of funding in less than six months. We hear stories about funders encouraging organizations to, “Dream big! Put it forward! Add it to your funding request!” But this is often a privilege not provided to many organizations, especially Black-led and Indigenous-led organizations that serve their communities.

Though they are integrated in their communities and have the expertise and lived experiences, Black-led and Indigenous-led organizations are left out of the funding disbursements or are made to jump through greater administrative hoops. They are asked to provide proof of need, data points to validate needs, key performance indicators, and entire business plans just to be approved for pennies on the dollars given to other organizations. With this level of scrutiny and insecure funding, their capacity to fail is basically non-existent. How do we tackle systemic issues when those that are most educated about their communities are excluded from the solutions.

Our propensity for risk is low because of who our beneficiaries are. As a sector, we often are in service of those who are underserved, while also being under-resourced ourselves. We have heard time and again that burnout is on the rise, exacerbated by the COVID-19 pandemic. In the APEC State of the Sector survey, over half of organizations said that overworked staff is the main labour issue. Our sector has been stretched thin, tirelessly working to respond to increasing needs brought on by a pandemic, housing crisis, systemic racism, climate crisis, etc.

We hear organizations saying that they are flying the plane while building it, patching problems and trying to keep the machine in the air. How can we expect organizations to succeed when this is the reality? It’s difficult to step into the space to innovate when you are already attempting to do so much with very few resources. Accepting the potential risk – and let’s be honest, inevitable failure – of trying new things is burdensome when organizations don’t have the capacity to give it due diligence. Being a community impact sector, we’re not working toward gain of a profit – it’s risky to gamble with people’s livelihoods as failure can be at the expense of our beneficiaries.

But how much further along could the sector be if we were allowed to fail? How much more impactful could we be?

Being research nerds, we appreciate the language around experimentation and failure. In research, you have your hypothesis – your main theory. If an experiment disproves your hypothesis, it’s not a failure – those studies are still published and inform other work. It’s an opportunity to ask better questions, gain new insights, potentially change course, and know what to avoid in the future. Failures propel us forward.

Prior to CSCNS, we both worked in the entrepreneurship space. Failing forward is a key philosophy in the entrepreneurial ecosystem, with terms and incubators dedicated to “Failing Fast” and “Failing Early.” The idea is not to fear failure, but to fail sooner and learn from your mistakes. The risk appetite is high in the chase for entrepreneurial unicorns and high returns. What if we applied the same principles to the complex issues faced in the sector?

What if we created community impact incubators or action labs to problem solve and experiment? We could protype, use feedback loops, learn best practices from failing, and continue revising the formula to create solutions.

To bolster the experimentation that’s needed to innovate, supportive cultures and structures within the sector need to be built. In our capacity building sector engagement and research, we discussed the concept of a ‘learning organization.’ The idea and execution of learning organizations are complex, and include a range of mindsets, actions, and processes that:

Learning organizations foster environments where mistakes are safe to make, reflection is prioritized, and feedback is a regular process. In our research, we found that there is a significant relationship between learning organizations and impact, as well as between entrepreneurialism (taking risks, being proactive and innovative) and impact. These organizational characteristics are interconnected with significant positive correlations between them. This means that healthier workplace cultures are more likely to exist in organizations that are also learning-focused and entrepreneurial.

Based on our research, a healthy workplace culture is the strongest predictor of social impact. A healthy workplace is one which actively practices behaviours that cultivate trust-building and psychological safety. Critical to fostering psychological safety in the workplace is commitment to Justice, Equity, Decolonization, Diversity, and inclusion (JEDDI). Everyone, but especially leaders and decision-makers, must model inclusive, celebratory practices and respect for all people in the workplace, particularly those with First voice and lived experiences.

Psychological safety is critical for creating a sense of belonging, space to navigate tension, the ability to give and receive feedback, and the allowance to fail when trying new things. This is especially imperative for equity-deserving groups and for Black-led and Indigenous-led organizations at a systems level that experience an incredible level of scrutiny and compounded anxiety around consequences of failure.

Putting it all Together

Failing forward requires a commitment on a systems and an organizational level that reimagines “failure” and removes barriers and consequences. How can we begin to implement practices that encourage risk acceptance as learning organizations?

Leadership: This commitment relies on everyone in a space, but rests heavily with leaders and decision-makers. Relational skills and communication are needed in creating a culture of dignity and safety. Leaders also need to understand their limitations and biases, being accepting of different perspectives and processes when encouraging new ideas. Practices that are not effectively embedded and nurtured risk being lost with leadership and employee turnover, funding constraints, or in times of busyness for organizations.

Psychological Safety: At CSCNS, we created behavioural agreements together that reflect our values and speak to the idea of radical generosity when working and learning. We commit to showing up with generous assumptions and non-judgmental attitudes to create a space for safe sharing and candor. Prioritizing reflection and emphasizing learning when evaluating what went well and what didn’t gives us permission to let go of the guilt and discomfort of “failure.”

We must shift the way we view failure and the disproportionate harm that equity-deserving individuals and Black-led and Indigenous-led organizations experience as a result. To put it simply, failure is inevitable, but what we learn along the way can have a huge impact on our work and our organizations. As a community impact sector, we work in complexity, and we fundamentally believe that our capacity to be learning organizations, experiment, and iterate can increase our ability to address complex issues. 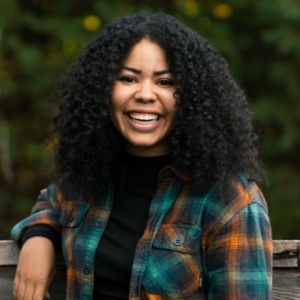